Identified Risks and Challenges in 2016 - NCS

Identified Risks and Challenges in 2016 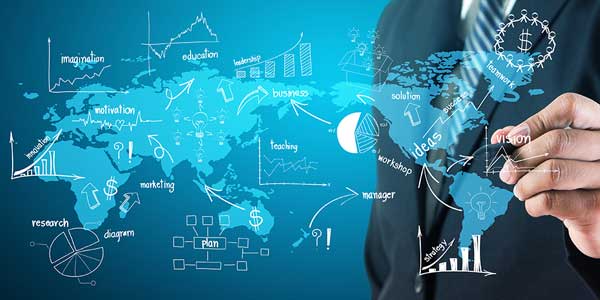 As 2016 quickly draws to a close, it is now an appropriate time to reflect on the challenges that we have faced within the credit industry over the past 10 months or so.

In an environment of prolonged soft economic global growth, credit managers will need to remain cautious in their dealings of managing risk.

Most will agree that both the Australian and international economy at large have been experiencing quite volatile and unforgiving headwinds of an unprecedented nature; thus resulting in an ideology of caution and restraint.

So what has been the main risks and challenges that have been identified within our respected industry?

The general consensus relates to weak growth, an increase in company and business debt, and the obvious political tensions that consume the media on a daily basis; namely in the economic powerhouses of the US and Europe.

In an environment of prolonged soft economic global growth, credit managers will need to remain cautious in their dealings of managing risk; and studies have found that many believe that there will not be any significant changes to confidence in the new year.

So what is holding us back?

The slowdown in China and cheap oil prices (due to a surplus) have certainly been two serious issues for advanced economies such as Australia. Some even believe that the slowdown from China is far more serious than the numbers currently suggest. With the Australian and Japanese export markets heavily exposed to the China, 32% and 18% respectively, one can only hope that this patch of volatility will result in a timely positive correction; albeit, unlikely. Even if Australian companies are not directly reliant on China, there is certainly a ripple effect being felt on a domestic scale.

The next point of concern is the increase in company and business debt.

Over the past five years, emerging countries have almost halved their growth due to the drop in commodity prices and the uncertainty surrounding changes of monetary policy with easing almost now at capacity. China also has debts at roughly 160% the rate of GDP which makes Chinese companies one of the most indebted in the world; this is a scary concept considering China is Australia’s largest trading partner, with Japan coming in second place and the US third. Australia will certainly have a difficult time hedging our risk with other developed and undeveloped countries if the current trend persists.

China also has debts at roughly 160% the rate of GDP which makes Chinese companies one of the most indebted in the world.

The third aspect is the political climate.

The current situation has blinded the market with caution due to the Brexit and the U.S. Election. Although the United Kingdom and the US were two advanced countries that modestly outperformed the Eurozone last year, this has certainly not improved confidence on a holistic scale. Business confidence seems to be at an alarmingly low rate due to this instability with additional concerns of what seems to be a strong nationalistic movement in a number of Westernised countries. Until we are privy to the extent of the Brexit and the new US President is named, it is extremely difficult to promote the idea of spending and credit without making serious consideration to potential future consequences.

The current climate is one of volatility, uncertainty and yet complacency. It is definitely an interesting and unprecedented time to be in business.

If you wish to elaborate on the aforementioned, please do not hesitate to contact Nathan Wilkinson on 07 3102 6672 to have an obligation free discussion about our services.

Collecting overdue accounts can seem to be a major hassle for SMEs, but the impacts of not staying on top of debtors can be devastating to business. Whether you're a small or medium sized b